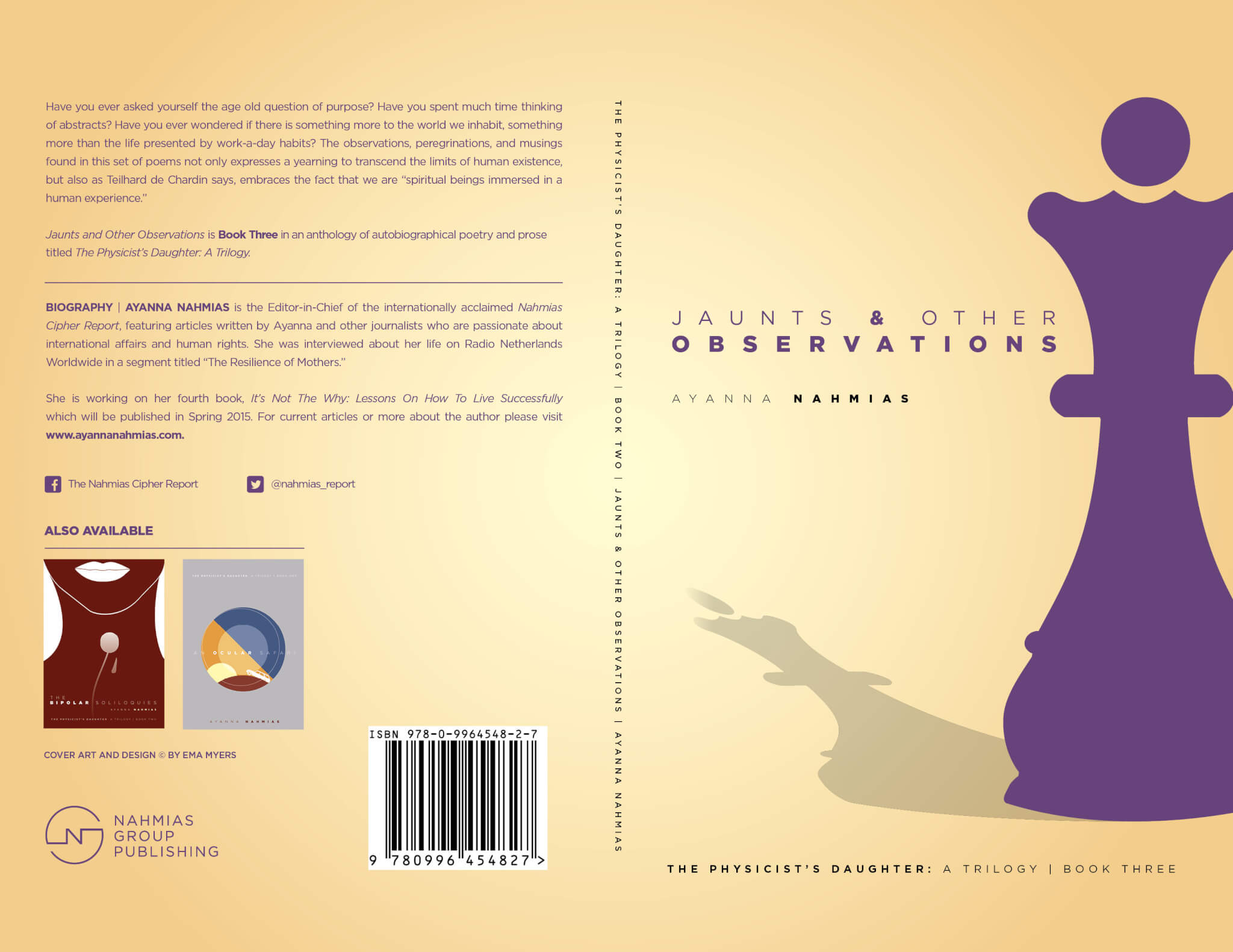 Some things are just that, some things. Observations, peregrinations, musings, and an individual take on the world. This set of poems not only expresses a yearning to transcend the limits of human existence, but also as Teilhard de Chardin says, embrace the fact that we are “spiritual beings immersed in a human experience.”

Jaunts and Other Observations is Book Three in an anthology of autobiographical poetry and prose titled The Physicist’s Daughter: A Trilogy.

Written by the Editor-in-Chief of the internationally acclaimed Nahmias Cipher Report, featuring articles written by Ayanna and other journalists who are passionate about international affairs and human rights. She was interviewed about her life on Radio Netherlands Worldwide in a segment titled “The Resilience of Mothers”, and can be heard via podcast here.

Previous Project
Next Project
Scroll Up